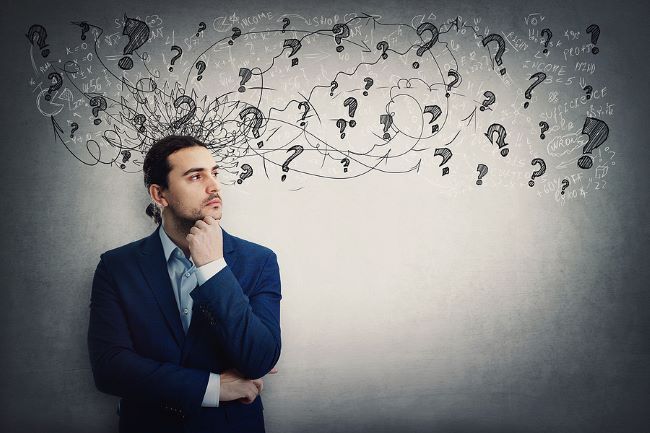 You can’t win them all – but you still want to close as many sales as possible. Losing sales to indecisiveness can be especially frustrating. The prospect isn’t providing an objection that you can counter. They’re not saying no. The pitch just kind of peters out. It’s a common problem, but you’re not powerless against it. With the right strategies, overcoming indecisiveness is possible.

If you want to overcome indecisiveness, it helps to understand why people are indecisive in the first place.

According to Psychology Today, indecisiveness is a form of chronic procrastination. It tends to happen when people are faced with important and stressful decisions, especially if they feel overwhelmed.

PsychCentral says that indecisiveness can have many different root causes, including a fear of failure, a lack of confidence or a lack of information. Indecisiveness can also occur when people lose sight of the bigger picture or fall prey to perfectionism.

With these common causes in mind, here are five ways you can overcome indecisiveness and close more sales.

Strategy One: Provide the Facts

Some people may put off making a decision because they don’t feel knowledgeable enough about the topic to make a good decision. You can help your prospects overcome this concern by providing client handouts.

Disability insurance can seem confusing, but client handouts are a fantastic way to educate clients. You can share them during meetings. You can also mail them with a letter or attach them to an email before or after your meetings. Get 13 client handouts.

The assumptive close is a sales technique in which the salesperson assumes the prospect is going to say yes and uses language to move the sale forward. Of course, the prospect can still object and state that they don’t want to move forward, but if the prospect is dealing with indecisiveness caused by a lack of confidence, this can be a powerful technique.

It’s also important not to offer too many choices at once. Disability insurance can be customized in many ways, but if you ask a client to decide on the level of coverage, waiting period, benefit period, definition of disability and riders all at once, they can easily become overwhelmed. Instead, focus on once decision at a time and guide them through the process.

If a prospect isn’t ready to decide then and there, you have to accept that. Pushing too hard could just result in a no. At the same time, you don’t want to lose the sale to indecision. You need to schedule a follow-up.

For example, if the prospect says they need time to think, or that they want to discuss it with a spouse, you can respond by setting up a phone call to discuss things again after they’ve had time to think. Don’t just say you’ll follow-up, though. Actually, pick a time and schedule the call. That way, the prospect knows there’s a deadline and may be less likely to procrastinate further.

Strategy Five: Have the Prospect Sign a Waiver of Liability

If it looks like you’re losing a sale to indecision despite your best efforts, have them sign a Waiver of Liability. This form confirms that you’ve offered coverage and that you’re therefore not liable if your client experiences a financial loss caused by not having disability insurance. This can protect you from claims of errors and omissions, but it can also make the client rethink things.

Some people are indecisive because they’re focused on the details, and they want to get those details exactly right. A Waiver of Liability is an effective way of helping your clients focus on the big picture – if they don’t have coverage, they may experience significant financial hardship as a result.

Overcoming indecisiveness is easier when you have access to great disability insurance options. Request a quote.