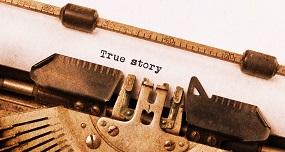 Miles O’Brien is an independent journalist who lost his left arm after a fluke accident while on assignment for PBS in the Philippines.  While loading broadcast equipment onto a cart following a shoot in February 2014, a 60 pound Pelican camera case dropped several feet onto his forearm. Following one of the most common male traits, O’Brien viewed this a minor injury and brushed it off. He felt he could deal with the pain and swelling without medical intervention.

48 hours later he was admitted to a local hospital and diagnosed with Acute Compartment Syndrome. A life threatening condition that impedes the flow of blood to and from damaged tissue. An emergency fasciotomy was performed to aid the flow of blood through his arm. While on the table, his surgeon faced a real-time “life versus limb” choice when his blood pressure dropped dramatically. O’Brien’s left arm was subsequently amputated just above the elbow.

Remarkably, he returned to his hotel room in the Philippines two days after the amputation to finish filing his story for PBS.  This narrative is not about his impeccable work ethic or drive though. It’s about the courage he displayed in sharing the emotional trauma he endured with a national news audience.

Dr. Sanjay Gupta chronicles his life story on the CNN Special “Miles O’Brien: A Life Lost and Found.” A very inspirational documentary that details how O’Brien had to relearn everyday tasks that prior to the injury he never thought twice about.  O’Brien expressed the frustration he experienced attempting to knot his tie or open a Mason jar.  The aggravation associated to spending 15 minutes on a simple task that once took less than 30 seconds to accomplish.

In O’Brien’s words “I was in a dark place, in crisis survival mode.” He wondered if he would still be viewed as Superman to his grown children. Thoughts of suicide surfaced in the early days.

Thankfully, O’Brien is in a much better mindset today. Within a year of his amputation, he completed a 300 mile bike ride and is back to his passion of piloting aircraft. Those once frustrating tasks are now manageable.

This is an important story for our industry to understand.  We do an outstanding job of explaining how expenses increase and income decreases during a period of disability. We can communicate the financial devastation disabilities create through statistics on bankruptcies and foreclosures.

Those of us who’ve experienced or been a caregiver for an individual with a disability can speak passionately about the emotional trauma disabilities create as well.  As an income protection professional, it’s important to help your clients understand the psychological, emotional and social consequences faced during a period of disability.

No one should have to face these challenges without adequate income protection.  The added pressure of unpaid expenses can imprison an individual in that “dark place” that O’Brien so eloquently expressed.

If you don’t have a personal story to relay to your clients, share the story of Miles O’Brien.  His courage and strength can inspire us all.

And, for more inspiration download our “Four Stories” client handout.