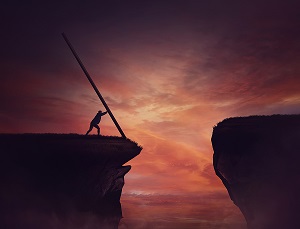 Could you survive on 60% of your income? What about 35%? Probably not – and neither could your clients. Most Americans are living on tight budgets. Unfortunately, if someone who depends on group long-term disability insurance experiences an illness or injury, there could be a huge income gap.

The Bureau of Labor Statistics says that the average income in 2018 was $78,635, while the average annual expenditures were $61,224. Based on these numbers, we could say that Americans are spending about 78% of their income – but the actual figures are actually worse. That’s because the $78,635 figure refers to pre-tax income. MarketWatch ran the numbers, calculating an average post-tax income of $67,241. That leaves only $6,017 for savings.

These are averages, of course. Some households are better off. Others are much worse off. In general, though, it appears that Americans spend almost as much as they bring in. Maybe this is why, according to the Federal Reserve, about 40% of Americans say they would not be able to handle a $400 unexpected expense using cash, savings or a credit card – 27% would have to borrow or sell something, and 12% just couldn’t cover it.

A lack of savings is a problem. Debt is another problem. Many Americans have multiple types of debt, including mortgages, car loans, student loans, medical debt and credit cards.

According to Experian, consumer debt reached a record high of $14 trillion in 2019.

The Pandemic Adds to the Strain

Even before the pandemic, most Americans were maxing out their budgets. Now, because of the shutdowns, layoffs and other economic issues, many people have drained what little savings they had.

According to SFGATE, a survey found that 50% of respondents expected their savings to be wiped out by the end of April.

Combine this financial picture with the risk of disability, and we have a recipe for disaster.

Most Americans have little – or now nothing – in savings, so they’re not prepared to handle medical bills and lost wages on their own.

At the same time, most Americans are spending almost as much as they earn. If their paychecks go down substantially because of a disabling injury or illness, they won’t be able to make ends meet.

But group disability insurance usually only provides 60% income coverage – and that amount may be even lower because benefits are often capped at $5,000 and because the benefits may be taxed.

Because of the benefit cap, high-earning employees may be left with as little as 35% of their pre-disability, pre-tax income!

Clearly, that’s not enough to protect valuable, high-earning employees, but there is a solution. By combining group coverage with supplemental coverage, you can help bridge the LTD income gap. Learn more. Get the LTD Income Gap client handout now.