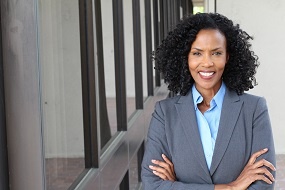 These days, it’s not uncommon for a wife to make more money than her husband. In fact, according to Pew Research Center, in the United States there are 5.1 million married mothers earn more than their husbands. Another 8.6 million women are single mothers, and therefore the main supporters of their children. In total, 40 percent of all American household with children rely upon a woman as the sole or primary breadwinner. Compare this to 1960, when only 11 percent of households could claim the same thing, and the change in society is striking.

Nevertheless, men are often still viewed as the traditional breadwinners. Perhaps this is why many people make the mistake of thinking that women don’t need to worry about paycheck protection – but it is a mistake. Paycheck protection is a vital investment for anyone who earns money that people depend upon, whether that earner is male or female.

Which families should worry about paycheck protection?

In the case of families where women act as the sole breadwinner, the need for paycheck protection is obvious. If a woman loses the ability to earn money, her family will lose its only source of income.

Even if a woman is not the primary earner in her household, her income may be essential to the family’s well-being. Another study from the Pew Research Center reveals that in 60 percent of families with children, both parents work. For many, this is not an issue of mere preference. Without two incomes, many families would struggle to provide basic necessities, such as housing, food and healthcare. Other items – college tuition, cars for new drivers and vacations – would be out of the question on only one salary.

What are the odds of disability?

If you think losing an income due to disability is an unlikely worst-case scenario, you’re only half right. It is the worst-case scenario, but unfortunately, it’s not all that unlikely. According to the Social Security Administration, one in five Americans suffers from disabilities. Although some illnesses and injuries are more prevalent among the elderly, younger individuals are not immune. Whether it’s a cancer diagnosis or an injury resulting from a car accident, disability can hurt anyone.

Most people aren’t prepared. According to a Forbes article, 63 percent of Americans don’t have enough in savings to cover a $500 emergency. And a disability is going to cost far more than $500. A serious injury or illness can easily result in months of not working – months without a paycheck.

Luckily, disability insurance can help. To learn more about how to serve women in the paycheck protection market, download our handout and marketing letter here.