Why Disability Insurance? Because Medical Bills Can Destroy Financial Security. 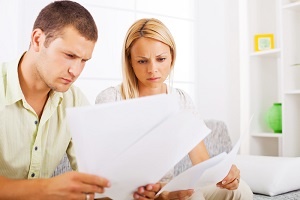 For many Americans, the worst part about being sick isn’t the illness itself. Yes, injuries and illnesses are bad, but the costs involved can be devastating. In some cases, medical bills and other related expenses can cause problems long after an illness or injury has healed. Health insurance is not always enough to shield families from the threat of financial ruin.

Some people might think they don’t have to worry about unexpected medical bills because they have health insurance. Unfortunately, while having health insurance can certainly help mitigate the expenses associated with serious illness, it generally does not cover everything, and the out-of-pocket costs can be higher than many can afford. This is especially true for those who cannot work or earn a paycheck while they are sick or hurt.

Gaps come from several sources. According to the CDC, 43.4 percent of Americans with employment-based coverage are enrolled in high-deductible health plans. This means that they may have to pay a large amount out-of-pocket before the insurer will start pitching in.

Balance billing is another problem. This happens when patients get an extra bill for the difference between what the insurer covers and what the provider charges, often because the provider is out-of-network.

While people can try to stick to in-network providers to avoid costs, this isn’t always easy. As CBS reports, sometimes a hospital will be in-network, but an individual provider there may be out-of-network. Researching everyone who contributes to your care isn’t always possible, especially during emergency treatment, and the problem is far from rare. According to one study, 22 percent of patients who go to an in-network hospital emergency room face bills from out-of-network providers.

Being Seriously Ill in America Today, a report from the Commonwealth Fund, the New York Times and Harvard T.H. Chan School of Public Health, found that even with health insurance, 34 percent of people had trouble paying hospital bills after a serious illness, and 29 percent had trouble paying for prescription drugs.

How Lost Wages Compound the Issue

People who are lucky enough to have some emergency funds set aside may think that they don’t need to worry about out-of-pocket costs or surprise bills. However, considering the high cost of medical treatment in the U.S., it’s easy to blow through these savings quickly.

According to the Being Seriously Ill in American Today report, 37 percent of the seriously ill people surveyed had used up all or most of their savings, 31 percent had been contacted by a collection agency, and 23 percent had trouble paying for basic necessities.

When a wage-earner becomes ill, forced time off from work can make the financial situation much worse. The study found that 29 percent of seriously ill people had lost their jobs or had been forced to change jobs.

A lost income, coupled with expensive medical bills, is a financial storm few are prepared to weather.

The Search for a Cure

The problem of expensive medical bills is rooted in many issues, and how to fix our nation’s health care woes is a hotly debated issue. But for people looking for a way to protect themselves now, there is hope: disability insurance.

If your client becomes seriously ill or injured and has to miss work, disability insurance payouts will provide income. This will soften the blow of medical bills, allowing your client to focus on getting better.

If you haven’t sold a disability insurance (DI) policy yet, now is a good time to start. DI provides crucial protection that your clients need to protect their greatest asset – their earning power. If you sell your first policy with DIS in the fourth quarter of 2018, you could earn an extra 20%. Contact the DIS Sales Team to learn more. Also make sure to download this infographic, which will help you share the facts about the high risk of disability.