What Does Freedom Mean to You and Your Clients? 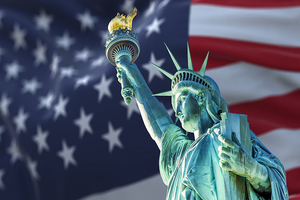 On the Fourth of July, Americans will celebrate freedom with fireworks and barbecues. Specifically, the federal holiday celebrates the Declaration of Independence, but it’s also a good time to reflect on freedom in a broader sense.

So what does freedom even mean?

If you ask 10 people, you’ll probably get 10 different definitions. Although freedom is an important concept, it’s also an abstract one, and it can mean slightly different things to different people. There’s freedom from oppression and slavery. There’s also free speech, the freedom to practice the religion of our choice, and freedom of assembly, some of the key freedoms guaranteed in the Bill of Rights. Then there’s the freedom to live life the way we want – the right to the pursuit of happiness.

And what about freedom from things? Freedom from danger, harm and worry.

Not all freedoms can be guaranteed in the Constitution. We have to find some of them for ourselves. As an insurance agent, you can help your clients realize some forms of freedom.

Most Americans are NOT free from the need for a paycheck. According to CNBC, a survey from Highlands Solutions found that 63% of Americans have been living paycheck to paycheck since the pandemic hit. Approximately two-thirds of respondents regret not having an emergency savings.

Building an emergency savings is important, but here’s the thing – once an emergency hits, those funds can be depleted fast. If another emergency occurs, or if the first emergency goes on for a long time, that emergency fund is going to run out.

This is often what happens when an illness or injury prevents someone from working. First, there’s the medical emergency. That leads to hospital bills, and because of copays, out-of-network fees, and high deductibles, even people with health insurance can go into medical debt.

Missed wages can take the situation from bad to worse. For people who are living paycheck to paycheck – and that’s most people – one missed paycheck can constitute a financial disaster. So, what happens when there are no paychecks for six months? Or two years?

A lot of people assume disability could never happen to them. As this handout on four stories of disability shows, that’s simply not true. Disability can happen to anyone.

People want freedom from worry, but living in denial isn’t the way to achieve it. Paycheck protection is.

A disability could take away many of the freedoms that people take for granted – things like financial freedom and the freedom to earn a living. With disability insurance, people can focus on life, liberty and the pursuit of happiness without worrying that these freedoms will be taken away.