Insurance Marketing: How Good is Your Sales Script? 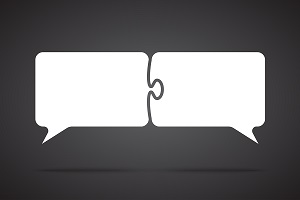 What do successful movies and successful sales pitches have in common? They both rely on a great script. You might not be after an Oscar, but making a sale comes with its own set of challenges, and having a great script up your sleeve helps.

Why You Need a Good Script

When you talk to a prospect, you’re trying to present your case clearly. You have points you need to make, and you want to do so in the most convincing way possible.

Why stumble over your words each time? Without a script, you might leave something out or ramble on without a clear point. You might even say the wrong thing. With a script, you deliver a clear and consistent message.

We’re not talking about a two-hour movie or a Shakespearean monologue, either. Your sales script will be short and sweet – and easy to learn. Once you have it down, you won’t have to worry about what you’re going to say or how you’re going to say it. You won’t struggle to remember what you’ve said to each prospect, either. A good script means you have one less thing to think about.

The Elements of a Good Script

Once again, a good sales script has a lot in common with a good movie script.

How to Deliver Your Script

A good sales script shouldn’t sound like a script. If the prospect can tell that you’re reading something, they won’t be impressed – just like they wouldn’t be impressed with an actor reading lines in a monotone voice.

Practice your script until you have it down. You need to be able to deliver it naturally, and with emotion. You should be confident in your script, and you need this confidence to show in your voice.

Have you used the Wealth Preservation Sales Script yet? Developed specifically for disability insurance, it helps you build your prospect’s desire for the product and overcome price objections with ease. Get our most popular and effective disability insurance sales script now.