How to Find Goldilocks Prospects for Disability Insurance Sales 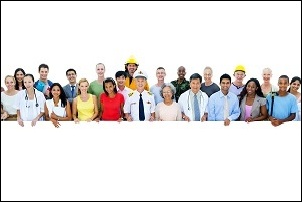 On the other end of the spectrum, there are people who depend on their paychecks, but they don’t earn very much and have no budget. These people are also not good disability insurance prospects.

When pitching disability insurance, you probably ask prospects how they would make ends meet if they suddenly lost the ability to earn a paycheck. For many people, it’s a scary possibility. Many Americans live paycheck to paycheck – and we’re not just talking about low earners here. According to MarketWatch, a Neilson study found that 25 percent of families who make at least $150,000 report living paycheck to paycheck.

Many high earners, such as doctors and dentists, may have substantial student loan debt in addition to mortgages, business loans and other expenses. If they lost their income, they could quickly find themselves in a bad situation. They DEPEND ON A PAYCHECK.

How much is too much income? While some people (such as professional athletes or CEOs) may earn more than the limits of a typical disability insurance policy would provide, there are special high-limit policies available. So, don’t automatically rule someone out for making too much money. More importantly, remember to focus on those who DEPEND ON A PAYCHECK, even if they are extremely high earners.

Disability insurance is important – but it isn’t free. While it’s possible to find policies that fit the needs and budgets of a wide range of people, some low earners simple won’t be able to afford any premium.

Someone who struggles to pay for car insurance, for example, probably won’t be interested in disability insurance, no matter how much they need it.

As a rule of thumb, anyone earning less than $50,000 per year may not be a prime candidate for disability insurance.

Most workers are not independently wealthy, and while finding money for disability insurance premiums might be difficult, facing a disability without insurance would be worse. Therefore, many workers find themselves in the so-called Goldilocks Zone. They aren’t too rich or too poor. Their income is just right for paycheck protection.

So, who will fall into this group? Doctors have traditionally been considered a great market for disability insurance. Other medical professionals, such as nurse practitioners, radiologists, dentists, and even hygienists are also top prospects. Executives and business owners are excellent prospects, and many other white-collar professionals, such as lawyers, engineers and IT professionals are well worth an agent’s time. Highly-trained trade workers such as electricians, plumbers and general contractors can also be good candidates.

Are You Looking for the Perfect Prospect?