Do Your Clients Know Their Kids Could be On the Hook for the LTCI Expenses? 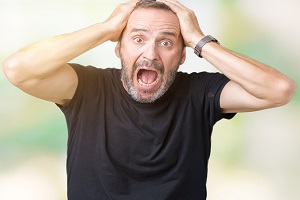 A lot of people don’t plan for long-term care. Maybe they think they don’t need it – even though, according to the U.S. Department of Health and Human Services, 65-year-olds have a 70 percent chance of needing long-term care at some point.

Maybe they think Medicare will cover it – even though Original Medicare only covers care that is considered medically necessary, and that excludes most long-term care services.

Or maybe they think that, if worst comes to worst and they run out of money, they’ll qualify for Medicaid. While this can happen, there’s another possibility: Their adult children could end up being responsible for the costs.

Many states have laws on filial responsibility. Under these laws, adult children can be held legally and financially responsible for the long-term care of their parents. Although these laws aren’t always enforced, they can be. When this happens, the adult children may be sued for the costs.

Some states, including Maryland and Idaho, used to have filial laws but repealed them. Although repealing these laws seems to be more common than passing them these days, it’s also possible that the reverse could happen – in other words, states could pass new filial laws.

Two of the most famous examples of filial laws being enforced come from Pennsylvania.  In Health Care & Retirement Corp. of America v. Pittas, the Pennsylvania Supreme Court ruled that a man was responsible for his mother’s nursing home bill, which came to more than $90,000. This ruling came in 2012. Later, in Eori v. Eori, a Pennsylvania court ruled that one brother had to make payments to help another brother to support their mother.

But don’t think that these laws are only enforced in Pennsylvania. According to the Bismarck Tribune, the North Dakota Supreme Court has heard three cases involving filial responsibility.

These cases have set precedent. Additionally, as the population ages and states find themselves burdened with nursing home expenses, state with these laws could decide to enforce them more often.

What You Can Do

Talk to your clients about this risk. Then give them the solution. Long-term care insurance can be used to pay for care – so your client’s children aren’t left on the hook. Download our Filial Responsibility handout to learn more.